I have two years’ experience as a reservationist on a major domestic airline, a pleasant appearance, a personality that works well with the public, and a good speaking voice.

I am seeking a position with an international travel agency as a Commissioned Consultant.

1992-present. Employed by Air America as a phone reservationist. Based in New York City.

1991-1990. Worked part-time (while attending school) as a ticket agent-trainee in Luxury Tours, a company specializing in high-end domestic travel. Based in Des Plaines, Illinois. I booked travel in the Far East and Western Europe, generating average yearly sales in range of $120,000.

Hardware: Familiar with Apple and IBM 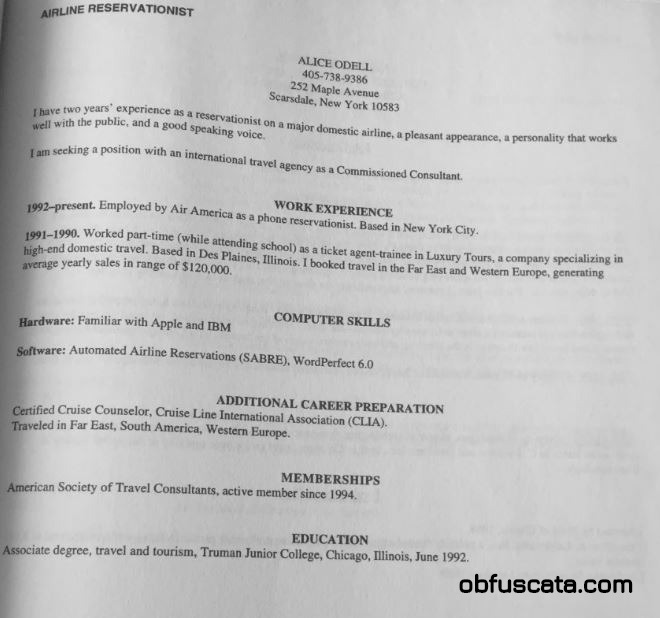 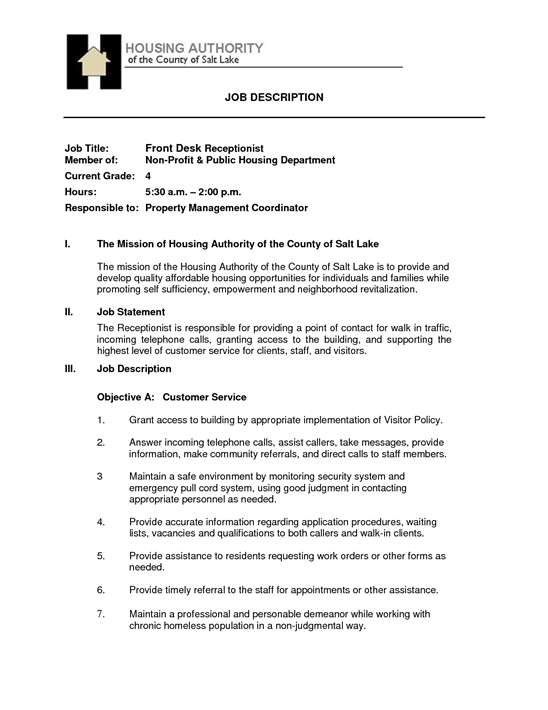 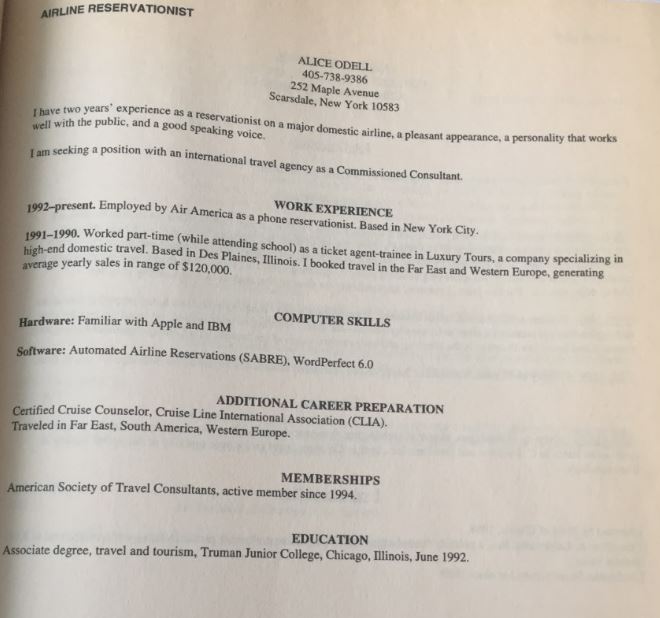