In these type of papers, it is important to remember not to use I or you. Write the paper in third person, he/she, they, a person, people, someone, others, etc.

Gone With the Wind and Jezebel are two movies about the controversial South; however, they are alike and different in their depiction of social issues such as slavery, communal disease and male/female relationships.

Gone With the Wind and Jezebel are two movies about the controversial South; however, they are similar and different in their depiction of social issues. 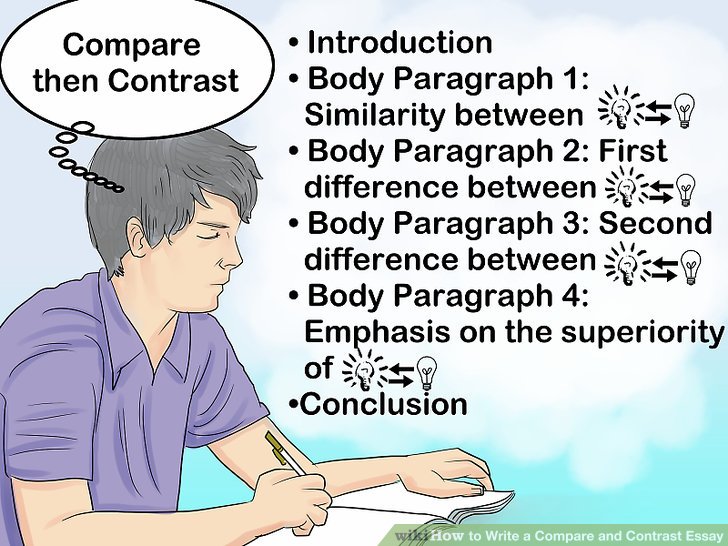 How to Write a Compare and Contrast Essay

Gone With the Wind and Jezebel are similar and different in their depiction of slavery. In both movies, the slaves are shown as happily working for masters who are fair and compassionate. However, in Gone With the Wind, some of the slaves have more powerful roles in the lives of their masters. Two of the women are seen throughout the movie as being close companions who even give “orders” to their superiors. Unlike Gone With the Wind, this does not happen in Jezebel. The slaves in Jezebel are more subordinate and seem to be happy and content to take orders and smile in delight while they perform their duties. The extent of their relationship with their superiors does not seem to pass the “Yes Sir and No Sir” responses. Both movies seem to be very careful to portray the slave as an appreciative, joyful servant who is content with his/her lot in life. Although there are some similarities in the approach to slavery, there are still noticeable differences.

Transition Words to Use

Note: There are others. This is just to get you started.