Kernicterus is a brain damage caused by the negative effect of insoluble bilirubin on the nuclei of the cranial nerves.  The disease is rarely seen and progresses only in newborn children.

When bilirubin reaches high levels, it can spread to the brain and neurological damage may occur.

High level of bilirubin also causes the yellowish color of the white of an eye and the skin, which is called as jaundice. 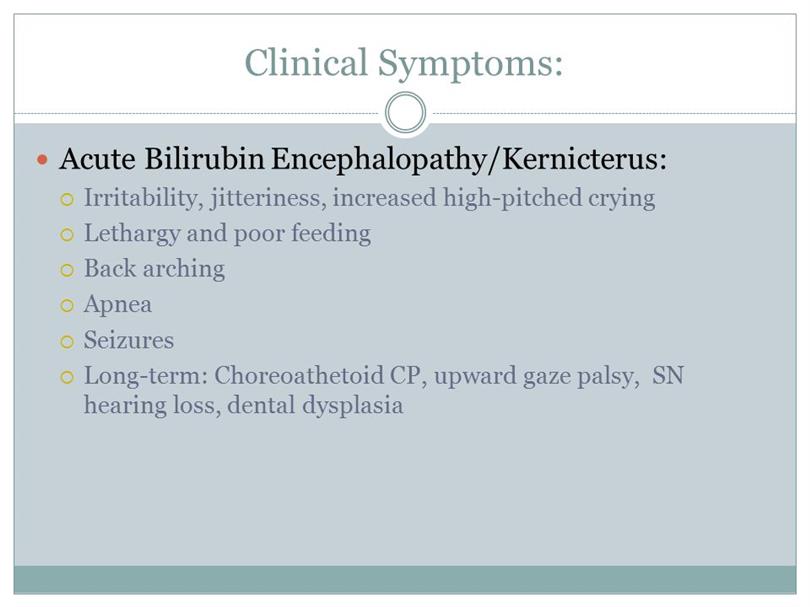 There are the three states of this disease. These are called

Manifestations of this state are 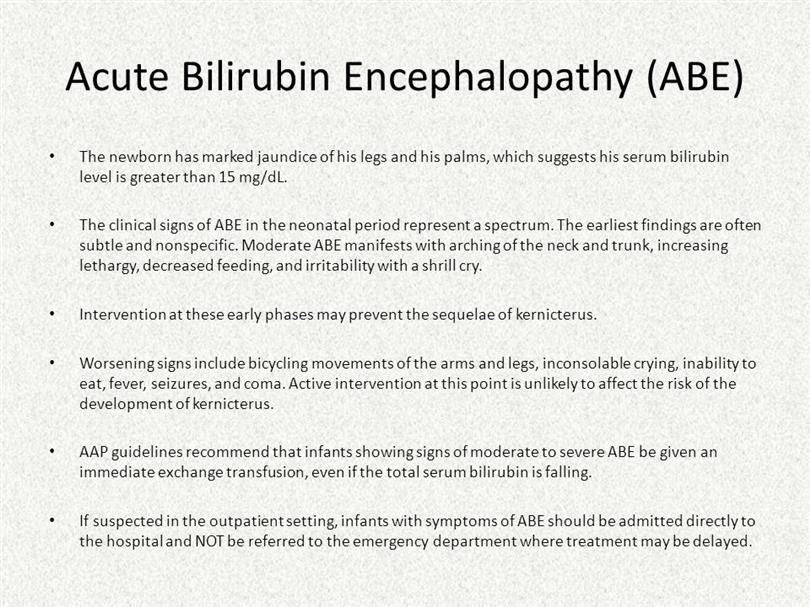 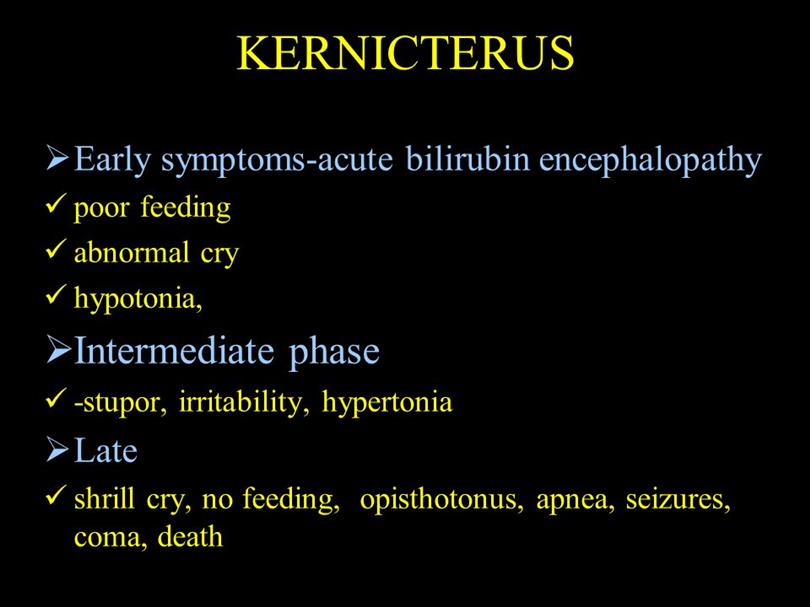 What are the causes of this disease?

There are a lot of studies done to learn the causes. Below we give you the results of the studies held in the USA and Israel.

According to the studies, these are the highly seen causes of high bilirubin:

Unlike some of the other studies, these studies prooved that there is no race or sex factors affecting this disease. 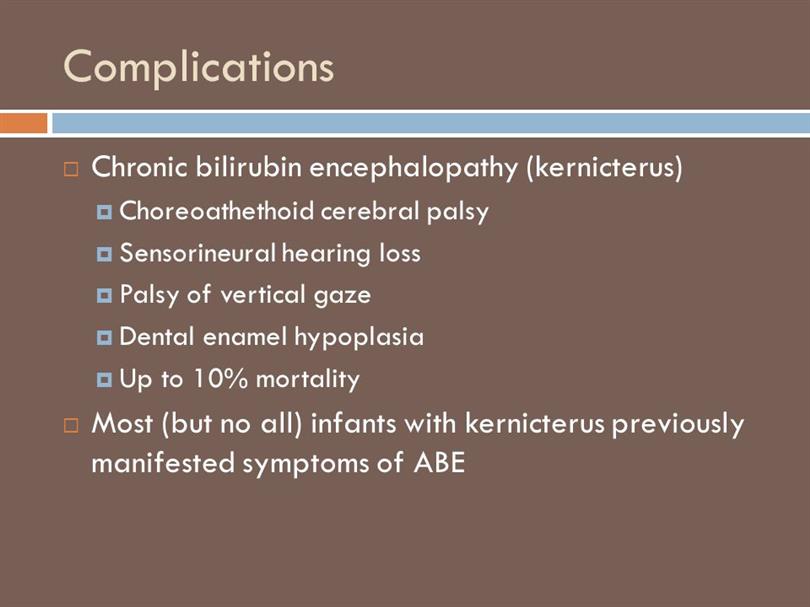 What are the symptoms of Kernicterus?

Below are highly seen symptoms:

An important thing to note here is that all babies sleep a lot. But in this case you will see that it is hard to wake the baby up and even when he/she is awake, still seems sleepy. If it is the case then the baby may be lethargic.

There are different ways to know if your baby is lethargic or just sleepy, but the simplest one is to watch for them when you feed them. Newborn babies have eager to eat; if the baby is always sleeping while feeding then you have to be alert that there can be something serious going on. 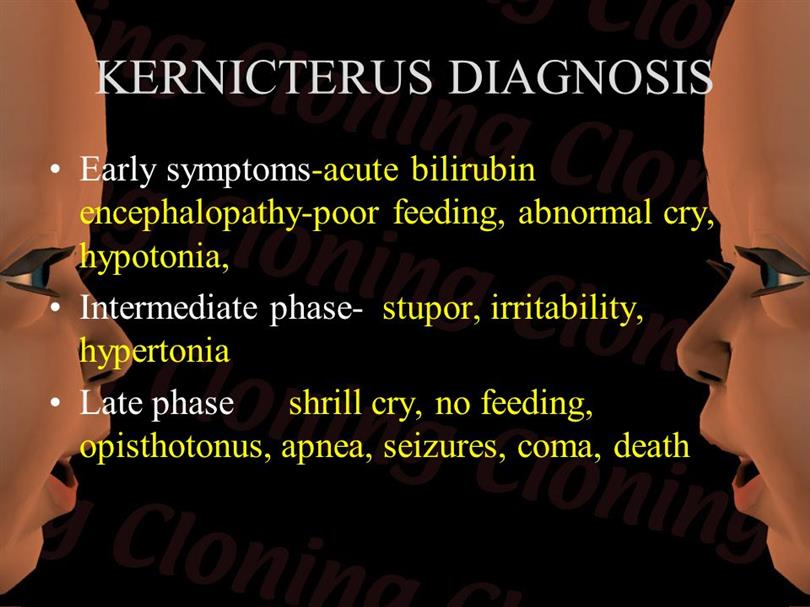 It usually starts at the head and goes down through the body and is called jaundice.

Seizures are seen in progressed stages.

Sometimes symptoms appear on the first 5 days to a few weeks, but not all of the children with high bilirubin showed the symptoms, which is itself a reason to check in with your doctor. 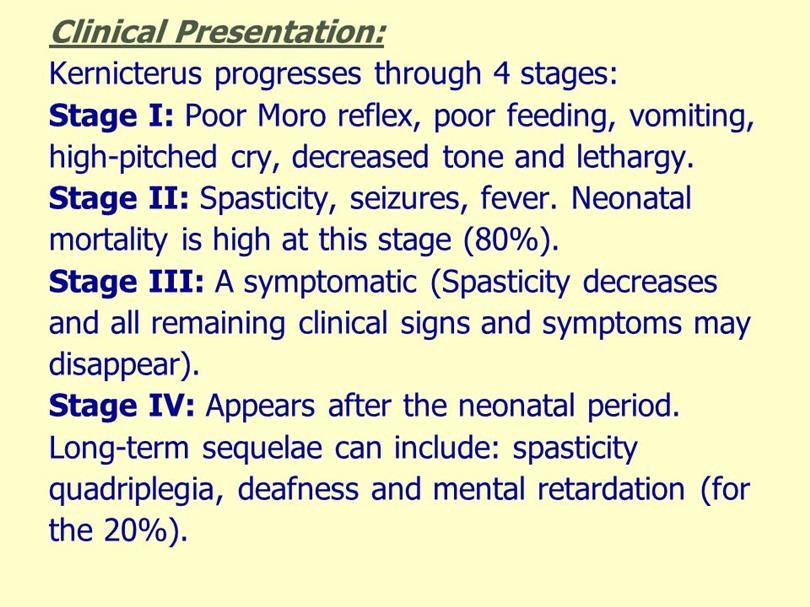 The important thing to note that, even if you do not have anyone suffer from this brain damage around you, try to spread it to as many people as possible. 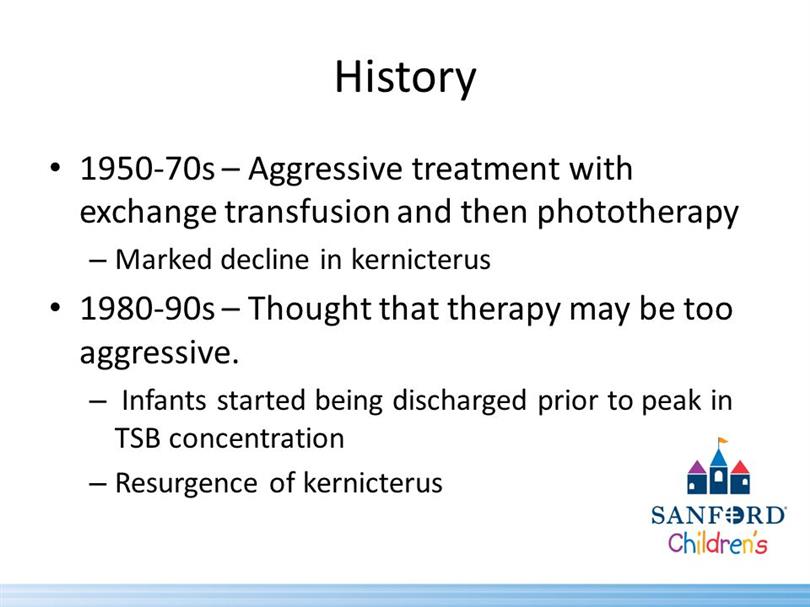 You can think of a challenge for this disorder and share it with your friends. Change starts from just a few steps; don’t you remember the Ice Bucket Challenge?! It was a challenge fort the disease called ALS and thanks to the awareness a lot of money was raised for the researches and after a few months ALS association announced that they identified a new gene associated with the disease.

We see that everything is possible with the awareness. So, please, be the change.

No kids should suffer from this brain damage, so please be aware of it and let the others know. Get your baby tested on time to be able to prevent any chances of kernicterus!